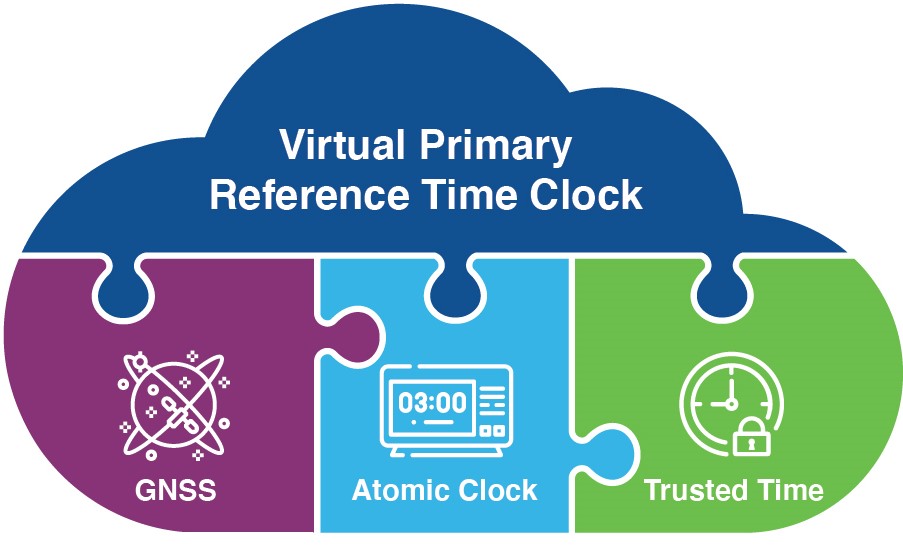 The vulnerability of GNSS systems to various signal incidents is well documented. The rapid proliferation of GNSS systems has embedded these vulnerabilities into critical national infrastructure as well as corporate infrastructures that rely on GNSS-delivered position, navigation and timing (PNT) for daily operations. The widespread deployment of GNSS makes it impractical to replace all fielded GNSS systems in a timely or cost-effective manner.

Microchip provides a portfolio of technologies, products, and services that enables operators of Critical Infrastructure to construct a secure and robust PNT network that is resilient to GNSS errors as well as errors coming from other sky-based delivery channels such as Galileo, GLONASS, BeiDou, or another.  Details of this complete portfolio are described in the Virtual Primary Reference Time Clock (vPRTC) architecture which can be found here.

Systems which rely on GNSS for reception of Position, Navigation and Time (PNT), have been determined by national security agencies across the globe as potential cybersecurity attack vectors. The Department of Homeland Security (DHS) recently published the Resilient Positioning, Navigation, and Timing Conformance Framework document providing a common reference point to help critical infrastructure become more resilient to PNT disruptions.  Described in the DHS Resilient PNT Conformance Framework, a cybersecurity approach has been proposed:

Prevent: The first layer of defense. Ideally threats are prevented from entering a system, however, it must be assumed that it will not be possible to stop all threats.

Respond: Detect atypical errors or anomalies and then take action such as mitigation, containment and reporting. The system should ensure an adequate response to externally induced, atypical errors before recovery is needed.

Recover: Return to a proper working state and defined performance. It serves as the last line of defense.

Based on the Prevent-Respond-Recover cybersecurity model, the PNT Conformance Framework document describes 4 levels of resilience. Note that the resilience levels build upon each other, that is, Level 2 includes all enumerated behaviors in Level 1, and so forth. Using the BlueSky GNSS Firewall either as a standalone security barrier or in combination with Microchip’s high-performance atomic clocks and timing distribution systems, all four levels of resilience can be achieved and exceeded. 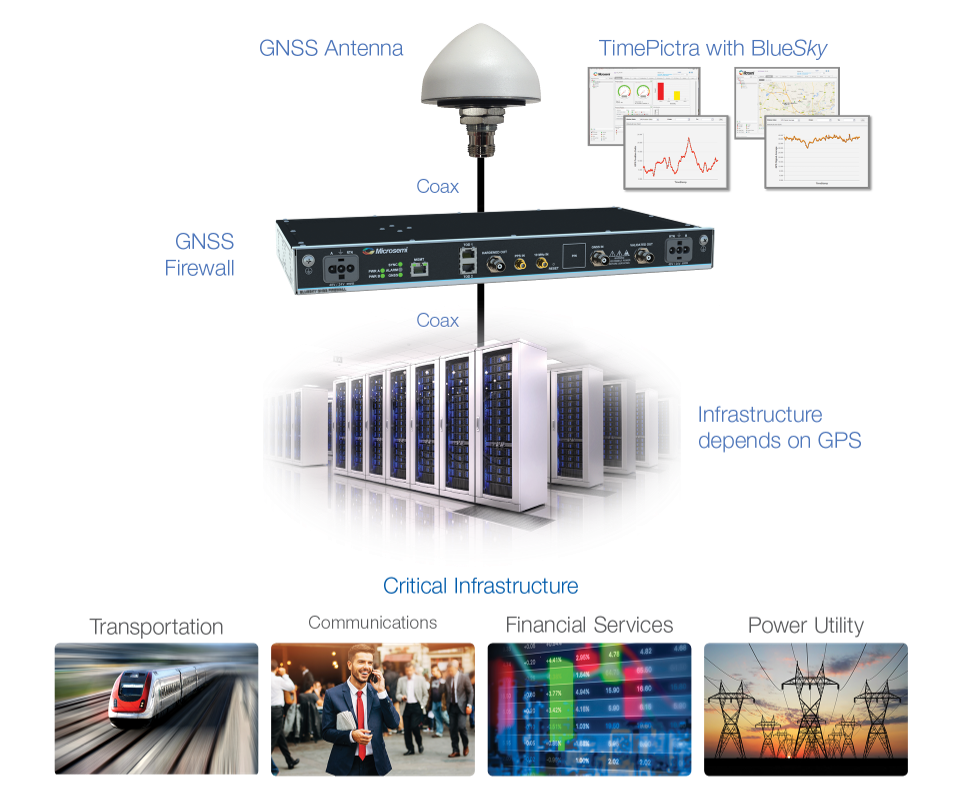 10 MHz or 1 PPS inputs allows for connection of autonomous references sources such as Microsemi's 5071A or TimeCesium products to extend the holdover performance in case of a complete loss of GNSS reception for long periods of time.

Management of wide scale deployment of 10's, 100's or 1000's of BlueSky GNSS Firewall units is simplified using Microsemi's TimePictra management system. TimePictra enables a regional, national, or a global view of your PNT infrastructure to provide early alerting of threats before your PNT network is violated.

GNSS Spoofing and Jamming Vulnerabilities in the real world:

Microsemi released the BlueSky GNSS Firewall at ION GNSS+ 2018. In this video, Greg Wolff, Product Line Director - Microsemi, talks about the all new ground-breaking technology - BlueSky GNSS Firewall which protects the systems within the firewall from the untrusted sky-based signals outside the Firewall.

Microchip / Synchronization and Timing Systems
We use cookies on our website to give you the most relevant experience by remembering your preferences and repeat visits. By clicking “Accept All”, you consent to the use of ALL the cookies. However, you may visit "Cookie Settings" to provide a controlled consent.
Cookie SettingsAccept All
Manage consent