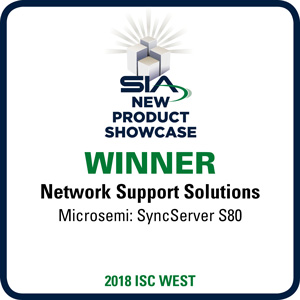 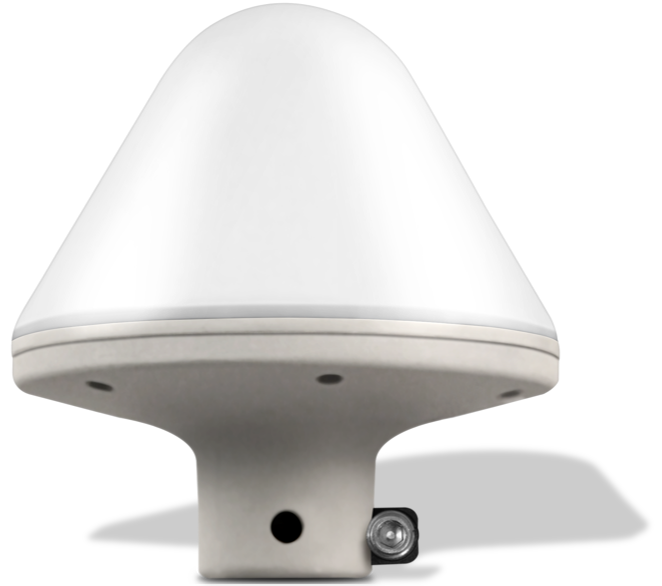 For robust and secure NTP operations, SyncServer S80 is equipped with the Microsemi security-hardened NTP Reflector™ technology with 100% hardware-based NTP packet processing.Unlike other NTP servers that use the open-source NTP daemon with its documented vulnerabilities, NTP Reflector also works as a CPU-protecting firewall, with bandwidth filtering and limiting of all non-NTP traffic. NTP packet processing is capable of 500 NTP requests per second, and optionally 1000 NTP requests per second, all the while protecting the CPU from excessive NTP request loading that negatively affects time stamp accuracy, reduces the availability of time stamps, and increases susceptibility to CPU freezing or system reset. NTP Reflector supports the NTP mode 3 client requests for time. All time stamps are accurate to 100 nanoseconds to UTC, keeping network elements precisely synchronized and ensuring high-integrity time stamps for video records and log files.

SyncServer S80 represents the latest in NTP Stratum 1 time server technology. By fully integrating the GPS/GLONASS receiver, antenna, and time server in a single unit, the mean time between failure is more than 40 years. Coupled with the GbE network interface, SNMP notifications, DHCP, and IPv4/IPv6 support, a user can expect a long and useful life from SyncServer S80 as the surrounding network environment changes over time.

Whether the physical security network is stationary or moving, SyncServer S80 is ready for plug-and-play delivery of accurate and secure NTP time stamps. Both static and dynamic modes are available to accommodate fixed landbased installations or mobile applications such as seaborne or land mobile. The PoE interface makes SyncServer S80 ready to plug into the nearest PoE switch or midspan. A few simple commands are all that are needed to configure SyncServer S80 for set-and-forget NTP network timing services.

Microchip / Synchronization and Timing Systems
We use cookies on our website to give you the most relevant experience by remembering your preferences and repeat visits. By clicking “Accept All”, you consent to the use of ALL the cookies. However, you may visit "Cookie Settings" to provide a controlled consent.
Cookie SettingsAccept All
Manage consent